“Mobile Photography Tips” is the blog run by Alex Markovich.

Alex Markovich is a 39 y.o. male living in Russia. A photographer, writer and lecturer, as well as translator. A regular guest on “Radio of Russia” and other radio stations. Main subjects of the programs: “Traveling through Russia” and “Photo Art” (Alex arranges photo exhibitions in various Russian towns and cities, as well as abroad).

Alex’s favorite genre is sci-fi (lots of his stories are translated into various languages and published in dozens of online and offline publications).

Alex has developed his own course, namely: “The methodology involved for an artist, photographer or writer to present their material effectively, so as to develop a following and become popular”. Alex conducts lectures on this subject throughout Russia.

It is so obvious that our smartphones have become, first and foremost, instruments for taking pictures and surfing the net, rather than tools for making calls. As a photographer who has been playing with the camera since kindergarten, I can say that I have switched from DSLR camera photography to mobile photography. If it’s a professional photo shoot I give the advantage to a decent DSLR camera, but as for daily walks, trips, concerts, reportage photography or even theater performances I use my camera phone.

There are several reasons for that.

First, the camera phone is always with you. It helps you to capture the moment you enjoy. (I also carry a portable charger with me).

Second, the camera phone is compact and small. Quality of the camera of modern smartphones is more than enough to take a decent photo of sunlight on the surface, a leaf in the snow or even do a quick mobile photo shoot.

Third, you can immediately share your photos via your social networks.

Fourth, there are dozens of decent mobile applications which you can use to process your images. I personally like vintage and monochrome filters. After taking a photo you can immediately process it and upload it to Instagram or to your favorite social network.

I used to utilize various DSLR cameras as well as camera phones. For the past three years or so I had taken thousands of pictures with NOKIA LUMIA 1020 and SAMSUNG GALAXY S4 ZOOM. With the latest one (I bought it in August 2014) I have been taking videos of various concerts or theater performances to which I am invited.

Below is the picture taken in May 2013. In the picture is a good friend of mine – Tatiana, she is a professional artist.

Here is an abstract from the interview I gave in December 2015 to the Indian journalist Dimple Meera Jom who is pursuing postgraduation in Great Britain.

Dimple Meera Jom: Nowadays, anyone with a mobile phone can capture everything around them. Possession of a smartphone makes one a passionate photographer, the art of photography is diminishing. What is your opinion about this comment!

Alex Markovich: I always viewed art as something auxiliary rather than independent. The purpose of the artists who painted portraits of kings and queens was to “capture” them. Nowadays every schoolgirl can take dozens of selfies. The purpose is the same. Of course, one might say that the paintings of the royal families are masterpieces. Maybe. For me, they are just boring pictures with sour faces. But some techniques are great.

Let’s switch to smartphones. I love the saying that “the best camera is the one you have with you at the moment”. If you want to market yourself, it depends on what pictures you take with your smartphone. If you do a travel blog, the quality of your smartphone is more than enough. I’ve got two camera phones: Samsung Galaxy S4 Zoom and Nokia Lumia 1020. Both have immediate Internet access. But if you want your photos to be printed on canvas or in top magazines, you should have a decent DSLR camera.

Photography for me personally is capturing the moment I enjoyed. That’s it. The only exception is when I do serious reportage photography. Smartphones helped me many times.

One more thing. It depends on what you take pictures of. Everyone can take a photo of an icicle but not so many flew on hot-air balloons, helicopters, and the like; so the one who had a chance to fly in a hot air balloon can boast with his/her unique photos. And if he did that in every season he has a cool portfolio.

A photo of an icicle taken with Hasselblad camera can be very cool, but dozens of photos from the bird’s eye view taken with a camera phone will attract thousands of people. So the point is not about the camera but more important, the places where a photographer has access to.

It is so obvious that our smartphones have become, first and foremost, instruments for taking pictures and surfing the net, rather than tools for making calls. As a photographer who has been playing with the camera since kindergarten, I can say that I have switched from DSLR camera photography to mobile photography. If it’s a professional photo shoot I give the advantage to a decent DSLR camera, but as for daily walks, trips, concerts, reportage photography or even theater performances I use my camera phone. There are several reasons for that. View all posts by Mobile Photography Tips 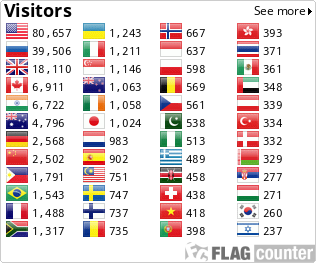